Be an Instant Millionaire with Bisbee’s Fishing Tournaments 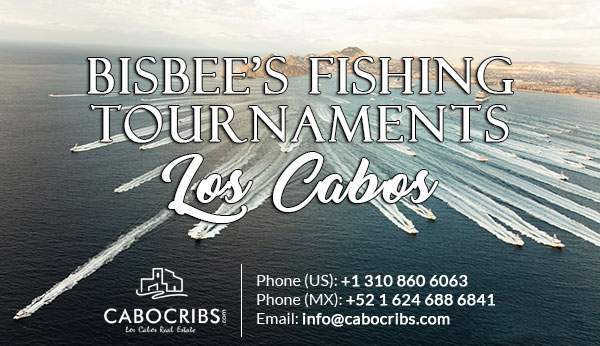 For more than three decades now, Bisbee’s Fishing Tournaments have been a haven for fishing enthusiasts in the Los Cabos region of the Baja Peninsula in Mexico. Hailed as the “Super Bowl of Sport Fishing” and “World’s Richest Fishing Tournament,” payouts can amount to a couple of millions of dollars.

Its 2006 payout of over $4 million remains to be the largest in the history of sport fishing. Last year, Julio Fernandez’s team bagged a 534-pound black marlin, earning them $2,183,000.

The Bisbee’s currently produce three tournaments which are: Bisbee’s East Cape Offshore, Los Cabos Offshore Charity Tournament, and Black & Blue Marlin Tournament. Over the years, each of the three tournaments have been given nicknames, with the East Cape Offshore dubbed as a “Cabo fishing as it should be.” The Los Cabos Tournament named as the “Little Bisbee’s” as this is a social event to meet and greet friends a few days before the “Big Show,” which is the Black & Blue Marlin Tournament. This main event is five days of excitement composed of shopping, partying and admiring big fishes hauled at scales in the famous Puerto Paraiso Entertainment Plaza, with a backdrop of the beautiful Cabo San Lucas.

The Black & Blue Marlin Tournament was started by Bob Brisbee in 1981, and has since grown from six teams with cash prices amounting to $10,000 to almost 200 teams with millions of dollars on the line. Its name “Black and Blue” is derived from the two main objectives of the tournament, which is black marlin and blue marlin.

Every year in October, fishermen from all over the world flock to Los Cabos to try their luck at sea for a chance to become a millionaire. Attracting hundreds of boats worldwide, the tournament offers up to $4 million in prizes to those who can catch the biggest marlins. It also gives special awards to the best teams and the best captains, taking into account the points from fishing other species like tuna, Dorado, wahoo, and many others.

Indeed, Cabo San Lucas in October is the place where skilled anglers can be millionaires overnight. If you have ever dreamed of putting together a team and chase that million-dollar marlin, this is the place to be. Of course, non-fishers can also find some enjoyment here; the thrilling sights and sounds of Cabo San Lucas will fill your days with fun and excitement.

Los Cabos has so much offerings and this wonderful Bisbee’s Black & Blue Tournament is the perfect event to experience them all. Feel free to call us at our US number: +1-310-860-6063 or our Mexico number: +52 1 624 688 6841. You can also email us at info@cabocribs.com. We offer concierge services and vacation rentalsthat will surely make your stay as fun and comfortable as possible!